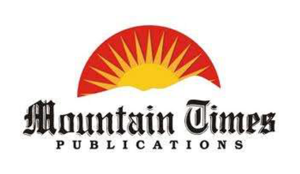 In the beginning was Roan Mountain.

Covered with wild native North Carolina Fraser firs, Roan was the logical choice for a few Avery County farmers looking for a crop to grow.

The clear message for those in agriculture in the late 1950’s was that the vegetable row crops and beef cattle that had sustained – barely – farmers throughout the mountain counties were being forced out by market changes, and something was desperately needed to take their place. To that point, the signature species of the southern highlands – the North Carolina Fraser fir – had “been used “only for small plantings for landscaping,” grower Sam Cartner remembers, taken by a few hardy pioneers to one local nursery.

At first “we were only thinking of cultivating a sideline,” according to Waightstill Avery, and you could get a contract to cut the Frasers on Roan like any other timber.

As the post-war economic boom was bringing unprecedented change and prosperity to much of the nation, the local farmers were considering not only how to bring some of that to their region, but how to save the family farm and keep their kids from leaving to look for work.

The early days presented many unusual problems, like not being able to take some of the larger trees off the Roan Mountain, so some entrepreneurs topped off those wild giants, and sold the top as a tree. The business of growing “started with a patch here and a patch there,” Avery said. With a seven-year rotation and little help from the outside world, Cartner said the early group saw that such incremental efforts weren’t going to make much of a change in a hurry.

“We were looking at what it could mean for the whole mountain area,” Cartner said.

At some point during the first rotation, the fledgling growers decided we ought to stick with the trees that nature put there, the White pine, and especially the North Carolina Fraser fir. No one had really reckoned or had any experience with a seven to eight year rotation, a cycle that would test even farmer’s legendary patience.

Avery well remembers his first time. “That first year you’re excited. The second year you’re still excited. The third year you start to look around and wonder when the harvest is going to come in. The fourth, fifth, and sixth years you are ready to give up. The year before the harvest, if you’ve made it that far, you are excited again.” Many farmers did give up in those years; “it is a sad thing for someone not to see the fruits of their labors,” Avery said.

Despite the isolation, lack of research, or any database of how to grow fir trees, the business “started picking up. We didn’t know what we were doing so nobody could tell you that you were doing it wrong,” Avery said. That turned out to be a blessing in disguise, as the farmers used a tried and true method called trial and error to find their way among the trees.

Shearing the trees began with a Hinkle steak knife purchased at the S&W cafeteria in Asheville; it was good quality but brittle, and kept breaking off on the trees.

The earliest baling material was also doomed to be consigned to the dustbin of history; a plastic netting that tangled and snarled.

And not only that, “it would take all the buttons off your shirts,” Cartner said.

The first trucks of trees off the mountain went down unbaled, some with broken branches from the loading.

Everything had to be changed and changed again, as hand digging and planting with spades gave way to the Whitfield Sod Planters still in use today. “Two men hand planting could plant 500-700 a day,” Avery said; “with the sod planter we went up to 1000 trees an hour.” Avery thinks the local record of 38,000 seedlings planted in a single day still stands.

It was a chance comment, as Avery remembers it, to the head of the North Carolina Cooperative Extension Service about how a growing agricultural commodity, the Christmas tree, still had no research or farm agents to support them.

“My phone rang off the hook the next morning,” Avery said, “with every department head at North Carolina State University offering to help us.”

The local farmers helped organize the North Carolina Christmas Tree Association and “started having regular meetings,” Avery said; “at the first one in 1970 (when Avery was the first local extension agent) we had twenty people attend. When I left in 1980 that last meeting we had over 500.”

“It was on a 1970 4-H trip to Wisconsin,” Avery said, and he remembers walking into restaurants and hearing “all the talk about dairy farming. I always wondered if back home in North Carolina it could be like that for our trees. Now you can go into a restaurant here at this time of year and that’s all you hear about.”